The Potential Impact of Brexit on Employment Law

Home » The Potential Impact of Brexit on Employment Law

On 1 January 2021 the UK  left the single market and customs union and employers should also be mindful of the impact that Brexit may have on employment law and subsequently the rights of their employees.

At present, there are several European Court of Justice (ECJ) decisions and interpretations of EU law which must be followed by domestic courts in the UK, however, as part of the European Union (Withdrawal) Bill, the UK courts and tribunals will no longer be obliged to follow ECJ decisions and may depart from EU law in their decisions. Employers and employees may see significant changes in areas as the Government tries to improve the economic environment for employers. Changes may be seen in the following areas of employment law:

As a result of EU case law (Marshall v Southampton and South West Hampshire Area Health Authority (No 2) (1993)) the Sex Discrimination Act was amended to remove the cap on damages awarded to successful claimants in sex discrimination cases and following this, claims for discrimination under the Equality Act 2010 also became uncapped. However, an unlimited cap on damages is a significant concern for employers and following Brexit, there is growing support for the cap to be reintroduced to limit the level of financial liability and uncertainty when facing a discrimination claim. Unfair Dismissal claims were capped to 12 month loss of earnings for similar reasons.

Consultation periods for collective redundancies are an EU-based right and presently, where an employer is considering either :

(a) less than 20 people being made redundant, requires reasonable consultation but there is no minimum period,

(b) redundancies within a 90-day period or less, consultation must start at least 30 days before the first dismissal takes effect,

(c) for 100 plus redundancies, a minimum 90-day period is required

At present, employers have little or no ability to change the terms and conditions of employees of companies that transfer ownership. EU law states that employers cannot change the terms and conditions of transferring employees’ contracts of employment unless there is a technical, economic or organisational reason for doing so.

It is thought that following the UK’s departure from EU law, changes may be introduced to make it easier for employers to change the terms and conditions of employees who are transferred .

Currently, the EU Working Time Directive sets out a maximum working week of 48 hours. The UK had a well-known opt-out system to this Directive, and post 1 January 2021, the UK may look at removing this limit entirely.

We have offices in Salisbury & Chippenham 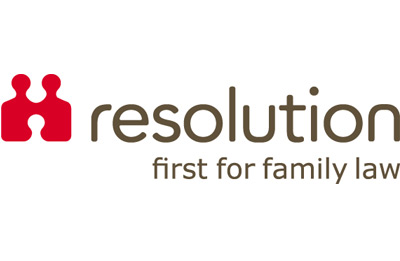 We use cookies on our website to give you the most relevant experience by remembering your preferences and repeat visits. By clicking “Accept”, you consent to the use of ALL the cookies.
Cookie settingsACCEPT
Manage consent

This website uses cookies to improve your experience while you navigate through the website. Out of these, the cookies that are categorized as necessary are stored on your browser as they are essential for the working of basic functionalities of the website. We also use third-party cookies that help us analyze and understand how you use this website. These cookies will be stored in your browser only with your consent. You also have the option to opt-out of these cookies. But opting out of some of these cookies may affect your browsing experience.
Necessary Always Enabled

Performance cookies are used to understand and analyze the key performance indexes of the website which helps in delivering a better user experience for the visitors.

Analytical cookies are used to understand how visitors interact with the website. These cookies help provide information on metrics the number of visitors, bounce rate, traffic source, etc.

Advertisement cookies are used to provide visitors with relevant ads and marketing campaigns. These cookies track visitors across websites and collect information to provide customized ads.

Other uncategorized cookies are those that are being analyzed and have not been classified into a category as yet.

You can leave us a message so we can contact you: